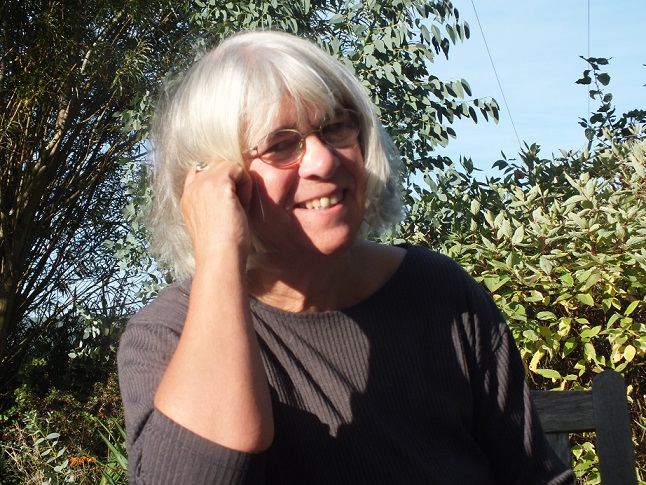 Death of a Friend (Den and Lilah)

A Death to Record (Den and Lilah)

A Market for Murder (Den, Drew and Karen)

A Cotswold Ordeal (Thea and Phil)

Death in the Cotswolds (Thea, Phil and Ariadne)

Mystery in the Cotswolds (Thea and Phil)

Blood in the Cotswolds (Thea and Phil)

Slaughter in the Cotswolds (Thea)

Fear in the Cotswolds (Thea)

A Grave in the Cotswolds (Drew and Thea)

Deception in the Cotswolds (Thea)

Malice in the Cotswolds (Thea)

Shadows in the Cotswolds (Thea)

Trouble in the Cotswolds (Thea)

Revenge in the Cotswolds (Thea)

Guilt in the Cotswolds (Thea and Drew)

Peril in the Cotswolds (Thea and Drew - now married)

Crisis in the Cotswolds (Thea and Drew)

Secrets in the Cotswolds (Thea and Drew) (Published Sept 2019)

The Staveley Suspect (Simmy and Christopher)

The Grasmere Grudge (Simmy and Christopher)

The Patterdale Plot (in production)

THE MAN WHO TOLD A THOUSAND STORIES

A full biography of a man who did everything in excess. He lived to be ninety; he fathered fifteen children; he wrote 130 books; he collected folksongs and wrote hymns. He never ran short of energy. His novels were bestsellers in the final decades of the Victorian era. He was almost never dull, even when writing collections of sermons or Lives of the Saints. The biography took an alarming 15 years to write, and is the result of exhaustive researches into Baring-Gould's archives, as well as reading nearly all his books. It is 540 pages, in a handsome hardback format, with illustrations. This is a limited edition of 500 copies and is extremely good value.

See rave review in 'The Week'

Available only from Praxis Books.

Please email me with your address and the book will be sent immediately. Postage to America is £14.80. To Australia it's £15.75.

Payment is best achieved via Paypal, but other methods are possible.

due to unacceptable production standards.

There is now an ebook of it - Anyone wishing to buy it on Amazon should persevere in searching for it.

The top of the list to come up says 'currently unavailable' which refers to the cancelled Sharpe Books version.

If you search under 'All Departments' it comes up properly.

The book is a great bargain and well worth reading, I promise.

Secrets in the Cotswolds.

Thea is expected to entertain and watch out for Drew's children during the summer holidays.  Despite her affection for them, she feels she deserves a break. So she accepts a short house-sitting commission in a small village called Barnsley, near Bibury. But it doesn't turn out to be as peaceful as she hoped...

The Indifference of Tumbleweed

A story set on the Oregon trail in 1846, told by Charity Collins, who, together with her sister Fanny, comes of age during the five months of the migration over 2000 miles.

The Spoils of Sin

Sequel to ''The Indifference of Tumbleweed'. Two young girls set up as whores in a brothel in Chemeketa, which later became Salem, state capital of Oregon. The Gold Rush is about to begin, with all the confusion and unpredictability of sudden wealth.

I grew up on farms, first in Cheshire, then in Devon. It was a childhood full of powerful elemental experiences, in a background of unspoken parental dstress in a painful marriage. Cruelty, death, frustration alternated with idyllic summer days, the teamwork of the harvest, the delight of the young animals. No two days were quite the same. Some of these memories have found their way into A Dirty Death, my first novel. I have lived in various parts of England since then - London and Sussex, before returning to the western side of the country. I now live in rural Herefordshire, on a smallholding situated close to the beautiful Black Mountains. I have a dog and a cat - the pigs I enjoyed so much are all gone now, leaving rather a gap. Their paddock is slowly being transformed into a wild garden, with trees, pond and lots of bamboo.

I have four children and five grandchildren. Coming from large famiies on both sides, I have relatives everywhere, and have been enjoying reading old letters and diaries, family trees and memoirs, prompted by the acqusition of a mass of material when my mother died.

I blundered accidentally into writing crime fiction, and still wonder how it happened. It could just as easily have been historical, or sagas or even non-fiction. Indeed, I am currently trying my hand at two of those genres, as a change of pace. And I have large plans for a series of memoirs.

I travel whenever possible, with France and Greece firm favourites. Plus America, Australia, Argentina...places with wide open roads and easy driving.